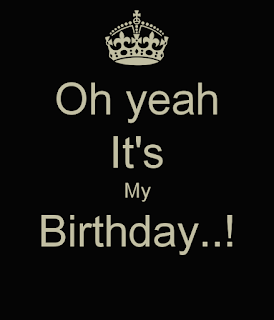 So technically, I still have 9 minutes before I turn 36 years old. Close enough I say. Since this is a birthday post, I'll tell you a little bit about myself. Here's a fair warning, I'm not much of a writer and I pretty much write how I speak.

When I was 11 years old, I met my husband. I actually don't remember the first time I met him, but he recalls exactly what I was wearing. My brother is actually the one who introduced us. One day my brother tells me, "Jared is coming over tomorrow after school, you'll like him." Hah, did I ever. I thought he was super cute. 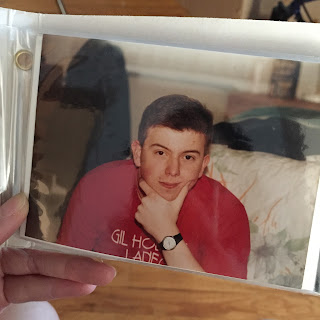 This photo was taken probably around the time he was 18 or so. He and my brother used to work at Gil Hodges Lanes in Brooklyn. That's the shirt he's wearing. This is one of the few photos he allowed to be taken of him. He's not a fan of cameras, which is unfortunate since I'm a photographer of sorts. 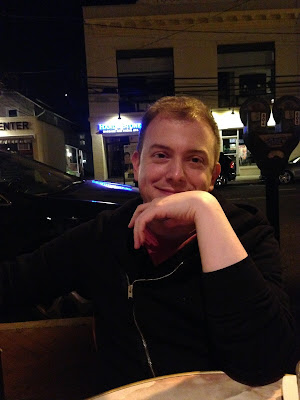 This was taken a couple of years ago.  I think he's even cuter now than he was at 17.

We have a lot of history together. Which I think, is one of the reasons why we haven't had a single fight. When my husband was 21 years old he moved from Brooklyn to Boston. I actually wrote in my diary that I was really sad he was moving away. Somehow even then, we managed to stay in touch over the many many years.

Before me and my husband ended up together, I was in a ten year relationship. It had gone really south after the 7th year or so. The last three years was me trying to figure out how to end it. Sad, but true. I was engaged. But I knew it was never going to end up in marriage. I just knew.

My husband was also engaged to someone, but it didn't work out. When I finally broke up with my ex, we were both single. We started hanging out together as friends. But slowly we both realized how much we just enjoyed each other's company.

I knew I was finally with someone I really loved and who loved me back. I could finally be myself and somehow he thinks I'm the most beautiful, sexy, funny woman he's ever been with. Do I question his judgement? Sometimes I call him crazy, which he replies, "I'm just crazy for you."

Moral of this story is, don't ever settle. If we had both settled with our ex's, we would never have experienced true love. 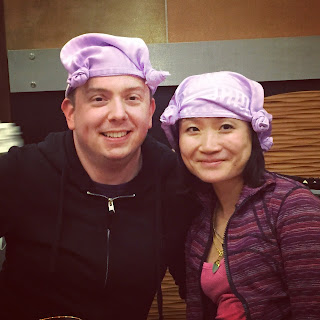 When we got married this was a tradition for his side of the family. 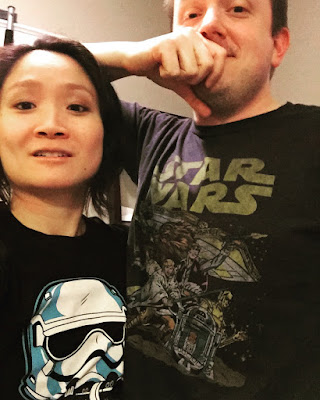 He's a much bigger Star Wars fan than I am, but I'm always game. 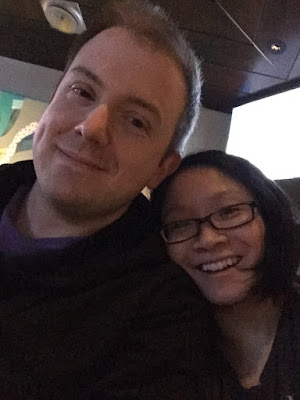 I'm really grateful to be able to spend the rest of my life with the love of my life.

I need to go to bed now, so I have to end this post here. Hope you all have a great Monday tomorrow! Apologies to the all the Falcon fans though! That was a tough loss.