My collection of hoodies has grown significantly since I started buying Lululemon.  I've got about eight hoodies in total.  My favorite is the Scuba Hoodie III in the heathered colors.  My all time favorite hoodie is my heathered bark berry which is now extremely sought after and hard to find.  Recently I was contacted by someone who was looking for this Scuba in my size and asked if they could purchase it from me.  Looking on eBay I found they cost on average $200-$300 brand new with tags.  Insane.

I never liked Scuba Hoodie II because I found it too restrictive and stiff.  I prefer more relaxed clothing.  Scuba Hoodie III was perfect for me.  So when Lululemon released version IV, I was curious to see what was changed. 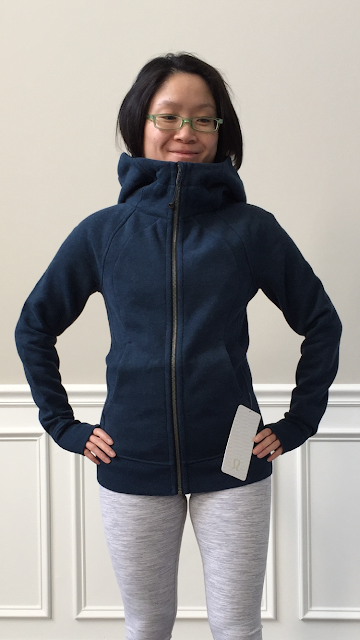 For reference I usually take a size 2 in Scuba Hoodies.  Sometimes if it's a printed Scuba the cut is too tight across my back.  For heathered versions I'm always a size 2. 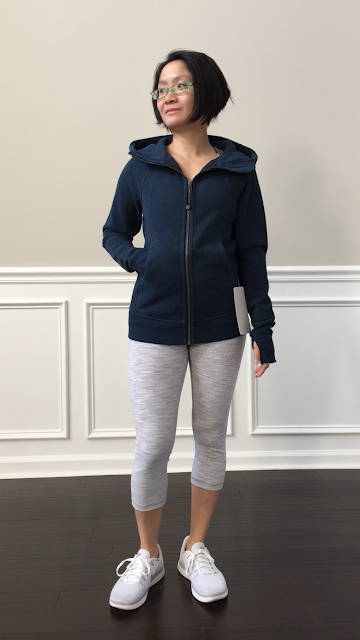 The first thing I noticed is the new version feels slightly roomier and thinner.  It doesn't feel as snug or as cozy.  I have an inkling it's because of the inside lining.  I'll have photos of that further into my review. 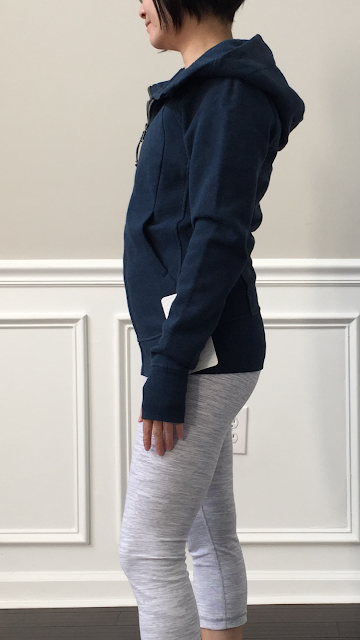 The hoodie is still super comfortable.  I do not have any complaints about the fit.  They did change the seams on the hoods however.  They used to be a single line down the middle of the hood, now it's two lines down the sides plus a middle seam. 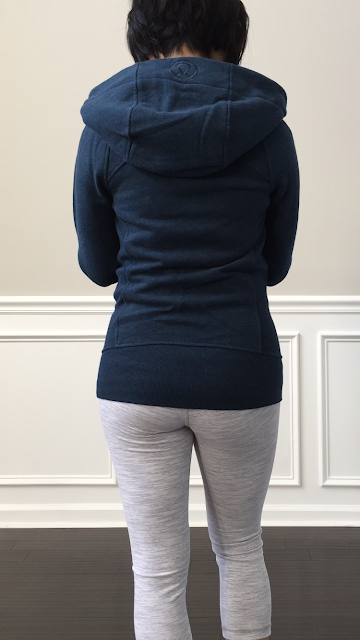 The cut is almost identical.  The below photo shows the new version to be slightly smaller, but I really could not feel the difference. 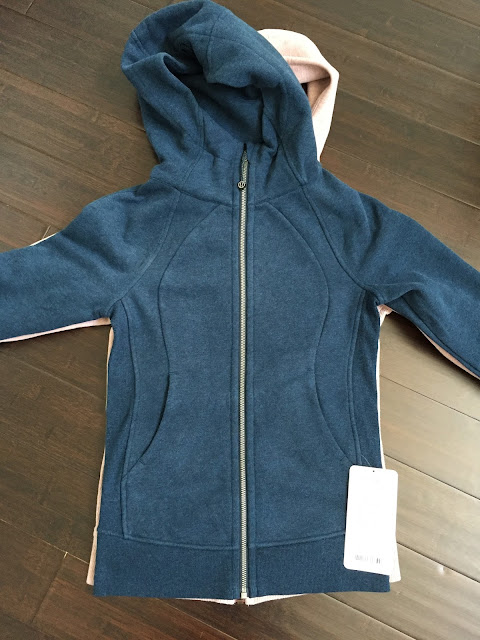 The zipper is also new.  Functionality wise, the new zipper feels good and works fine.  I can't really say I prefer either one to be honest.  Although if they released more Scuba Hoodies with the rose gold zipper, I would be all over that. 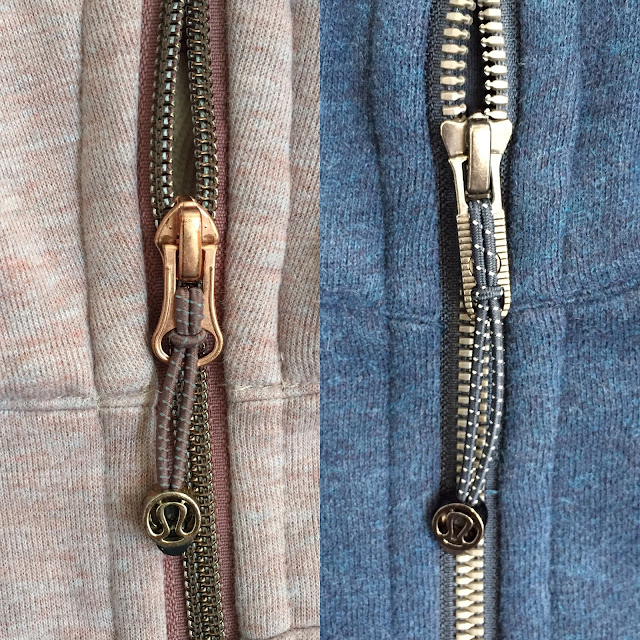 Here is a close up of the front of the hoodie.  The first thing I did noticed is the seams.  I thought Lululemon was pretty ingenious for incorporating their logo into the hoodie.  But here, they've changed it drastically where the new seams from the pocket to the neck looks like a fake imitation of their logo.  Why would they do this?  This bothers me SOOOOO much. 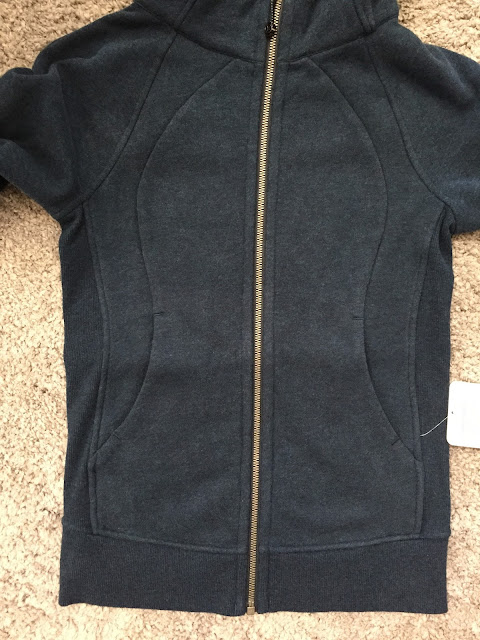 Below is my Scuba Hoodie III and you can see the logo is clearly.  The new version just looks like a bad knock off.  Why, Lululemon?  WHYYYYY?  The pocket is also on a slant because of this change and I would think it isn't as deep of a pocket. 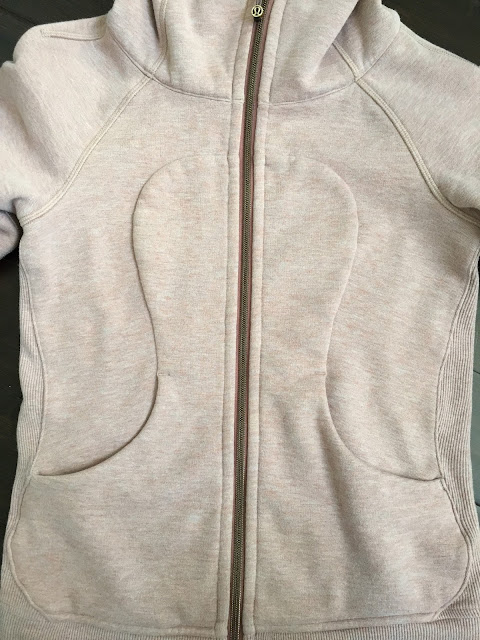 I don't know why it bothers me so much, but it does.  I just don't like how the seam goes straight up to the neckline.  You can only really notice this change if you zip the hoodie all the way up.  If you don't and leave it zipper to your chest the collar will lay open and no one could tell. 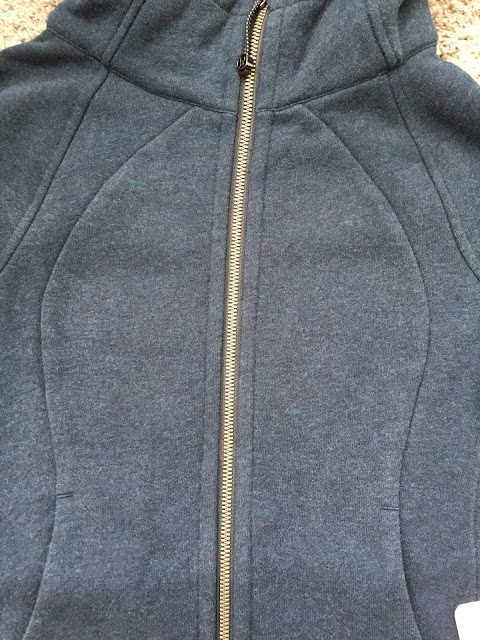 Ok, moving on.  The back of the hoodie is slightly changed.  They removed the middle seam on the upper back.  The hood now has two extra seams on the sides instead of one seam straight up the middle.  The ribbing on the sides of the hoodie covers a bigger space, narrowing the back a bit. 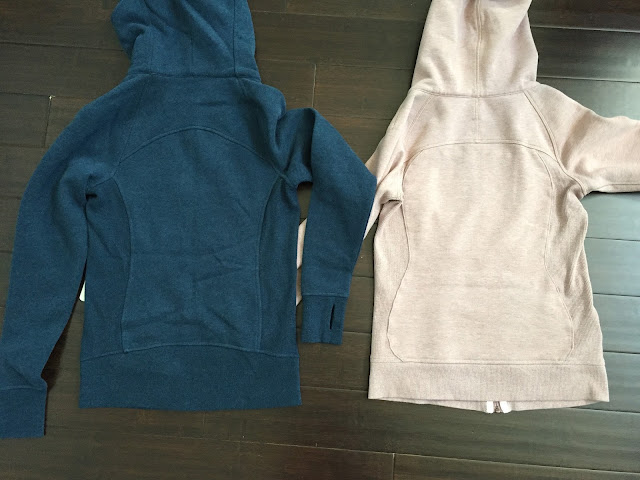 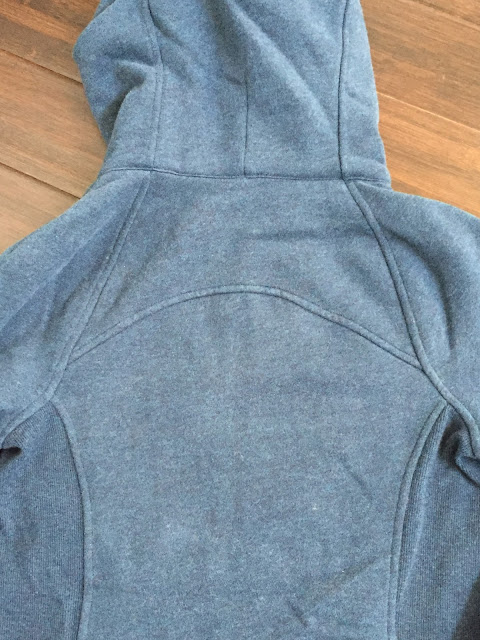 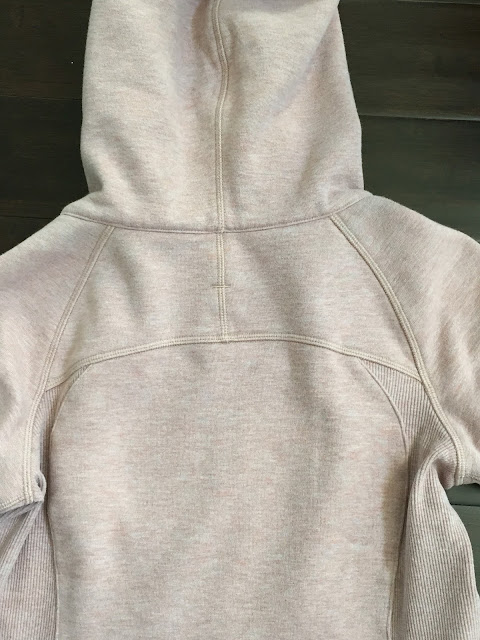 The inside of the hoodie is less fleecy and this may be why it feels thinner.  It's more cottony smooth on the side left panel shown below. 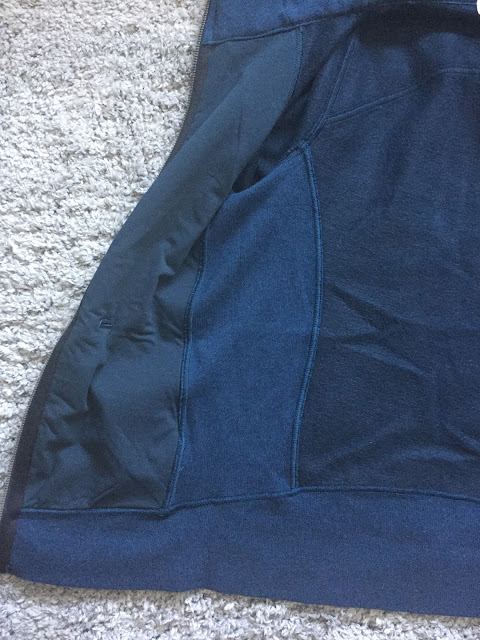 Overall, I do not really mind the changes.  It just bugs me they completely redid the front design and messed with the logo.  I also wish they would have added something new to the embroidery logo on the hood, but nope, it's the same.  It just doesn't seem to be worth the $118 plus tax price tag.  I think from now on, if I did need another hoodie for some crazy reason, it would have to be special.  This new version looks like something you can easily get at another department store for less money.  Lululemon really has to step something up if they want me to spend my money on another Scuba.  A nice rose gold zipper would do the trick, or a special embroidery on the hood logo.  Something has to be different. 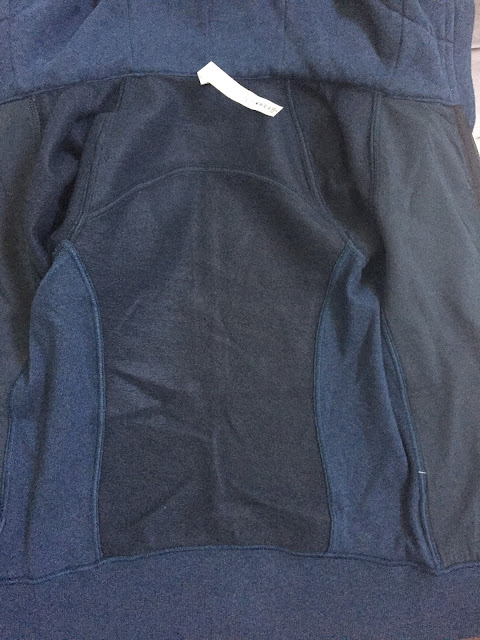 What are your thoughts on the new updated Scuba?  Would love to hear!