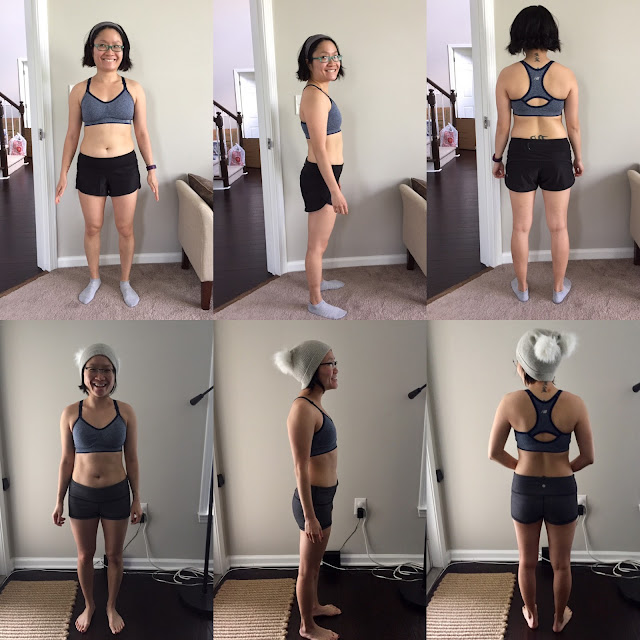 For anyone who is on Instagram and who is also into any kind of fitness, there's a very good chance you've come across a hashtag for BBG. BBG stands for Bikini Body Guide and its creator is Kayla Itsines. When I discovered BBG, I was blown away by some of the transformation photos aka before and after shots of women who participated in this program. In as little as 12 weeks I saw some transformations that were unbelievable. In August 2016, I decided to try this BBG program for myself.

To give a little background story on my fitness journey, I didn't actually start working out on a regular basis until April of 2012. I remember trying to do a push up and just collapsed on my way going down. I couldn't believe at how weak I was! I was on the floor, completely laying down on my stomach and laughing at myself. It was that moment that I made it a goal to get stronger and fitter. I was 31 years old at that time and getting into shape wasn't going to get any easier the older I got. So I decided to start taking care of my body just a little more seriously.

My husband was the one who introduced me to Zuzka Light. Back in 2012, she had a youtube channel that released a new ZWOW every week. ZWOW stood for Suzana's Workout Of the Week. I started with ZWOW #1 and kept going. Everyday I would pick a different ZWOW and follow along. After a few months I definitely noticed a change. I was walking straighter, I could do burpees, jump tucks, ninja jumps. I even started to get a little ab definition. I did all her workouts at home in my living room.

I should also mention here that I do not have 100% healthy knees. In fact my left knee is in pretty bad shape. A couple of years ago I went to my doctor to have it checked out and he told me I have arthritis. After about 4 years of doing ZWOWs, I had to stop. Her workouts rely heavily on knees. There were times after I completed her workout for the day that I would have to pull myself up the stairs using the bannister.

Here are my results from following Zuzka Light. I ate clean 80% of the time and worked out every single day. Sometimes twice a day. But it was not something I could sustain over time. 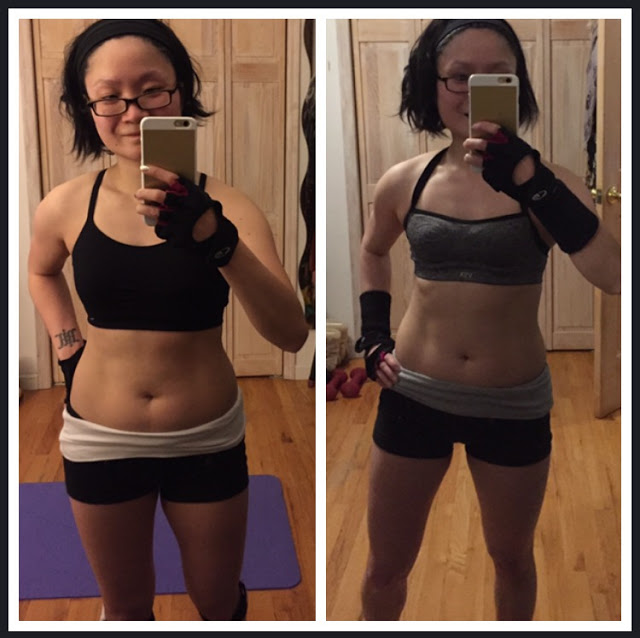 I admit, her workouts were very effective. They just totally killed my knees. I needed a change in routine, so I decided to give BBG a try. Like ZWOW, BBG is similar in that you do not have to go to a gym to do these workouts. You can do these workouts at home with very minimal equipment.

I downloaded the app. The app is called Sweat With Kayla. Apparently people found the name Bikini Body Guide to be offensive which is why the app has a different name. Originally the program is broken down into 2 rounds. They're often referred to as BBG1 and BBG2. Each round lasts 12 weeks. There are also 4 weeks of pre BBG workouts which I decided to skip since I do not consider myself a total newbie in the exercising world. That said, if I had to do it over, I would have started with the pre BBG training. Week 1 was a lot harder than I expected.

Here is what you need to know. Each workout is 30 minutes long. The 30 minutes is broken up into four 7 minute segments with 30 seconds of break time in between. There are 2 different circuits in the workout. Each circuit is made up of 4 different exercises. Some of those exercises are body weight only. Other exercises you will need weights or a bench. If you do not have a bench you can get away with a very sturdy chair. I modified some of the exercises if I did not have the equipment. If the circuit required a jump rope, I just did high knees for the same amount of reps. Here is an example of a leg workout: 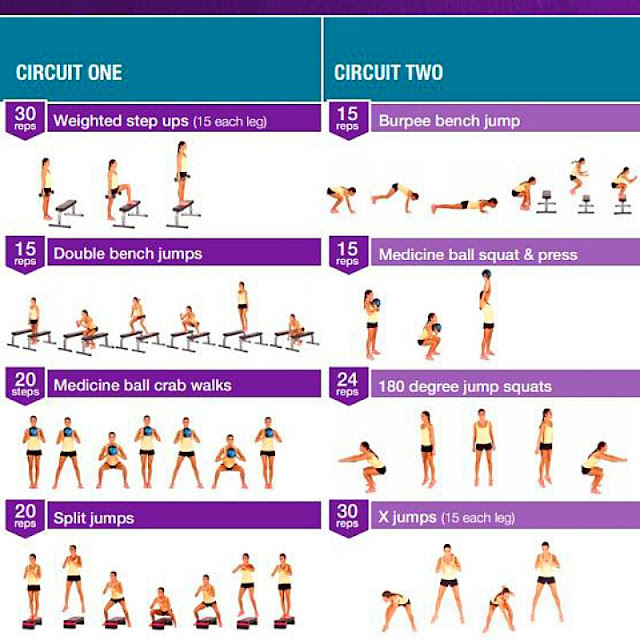 For the first 7 minutes you would go through the exercises in circuit 1. If you finished the entire circuit within the 7 minutes, go back to the first exercise in the circuit and keep going until the timer runs out. Then after the 30 second break, move on to circuit 2. Repeat the whole thing again for the total length of 30 minutes. Do some stretching afterwards and you're done. A week of BBG typically looks like this:


LISS are days that you do cardio. This can be walking, jogging or anything you want to do that counts as low intensity cardio for 40 minutes. HIIT doesn't start until week 9. Basically you sprint on a treadmill for 30 seconds and then walk for 30 seconds and you alternate this for 15 to 20 minutes.

Some of the equipment you may need:
I did end up buying a bench after deciding it was worth the investment to have. I already had weights so that wasn't a problem. For jump roping I did high knees. I also bought a barbell and used that for weeks 13-24. I did not have a medicine ball that was heavy but I do have kettle bells that I used for the medicine crab walks and the squat and press exercises. As for the double bench jumps, I just mimicked the move without using the benches and found that to be pretty challenging if you're squatting down low enough and doing it all in a row without any breaks. Let me tell you, my legs would be sore for 5 days for some weeks. There were times when I had to grab the sides of the wall to lower myself onto the toilet. I would be that sore.

The workouts themselves are brutal. Working the same muscle group for 30 minutes is a long time. I found leg day to be the most brutal workout of the week. The leg muscles can generally tolerate a lot more than your upper body, but they would also be the most sore for me. My arms would give out way sooner than my legs and I found my arms to never be all that sore. The ab workouts are generally the easiest of the three resistance workouts.

Kayla Itsines insists that working out is important, but eating clean is even more important. This is very very true. The app even has a meal plan for you to follow. I did not do this because I love eating too much. I should rephrase that, I love eating foods that are not considered "clean". If you follow me on Instagram you'll see the kind of things I eat on a regular basis. Shake Shack, pizza, rice balls, you name it I'm game to try it. In fact I'll just post some photos for you all to see! 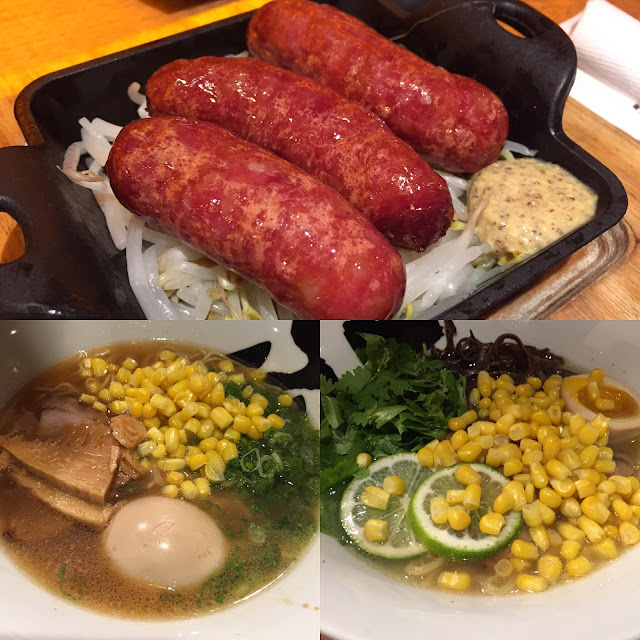 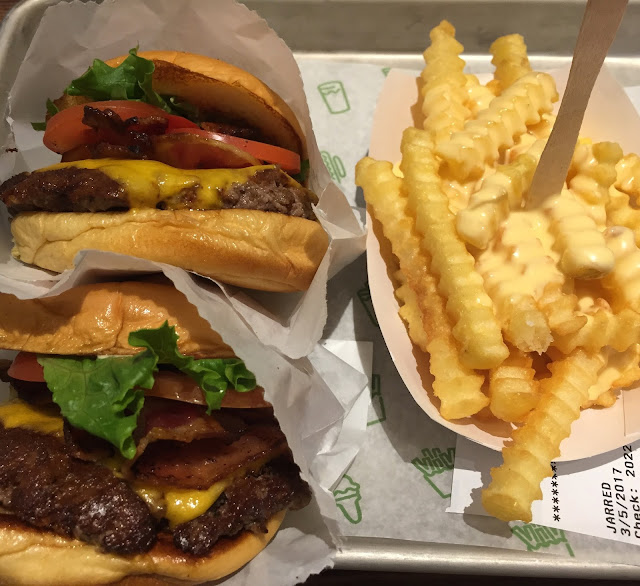 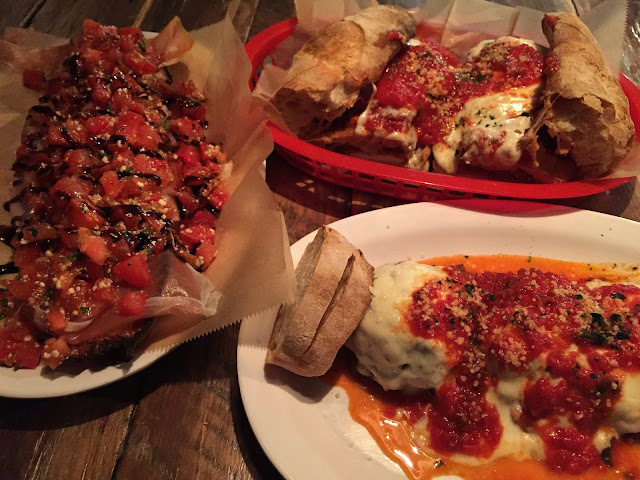 I would say I eat clean 50% of the time. During the week I'm usually pretty good about what I eat. The weekends however, it's a lot like the photos you see above.

During the work week I'm much better, but could use more portion control. Here are some of my meals during the week: 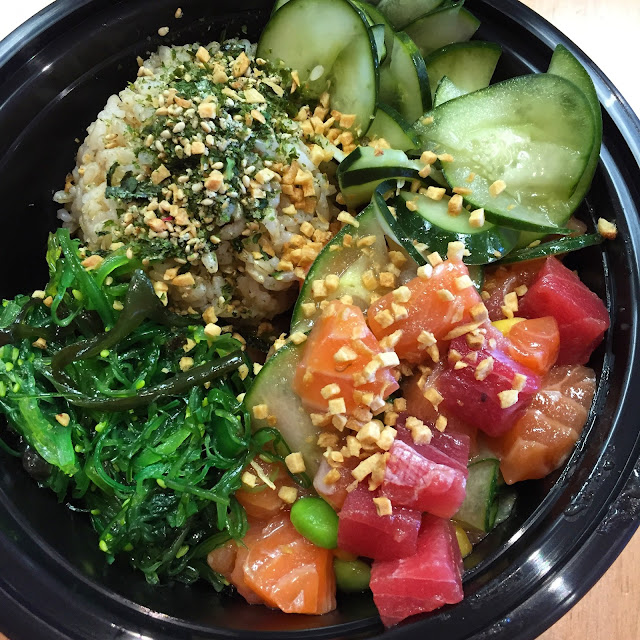 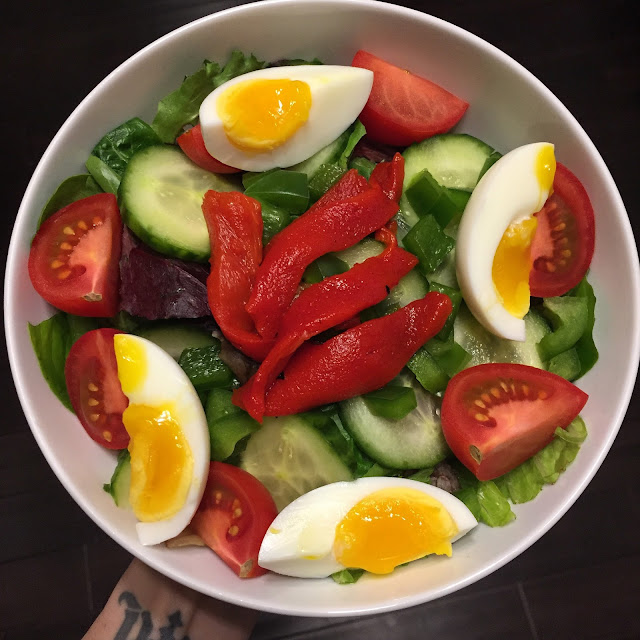 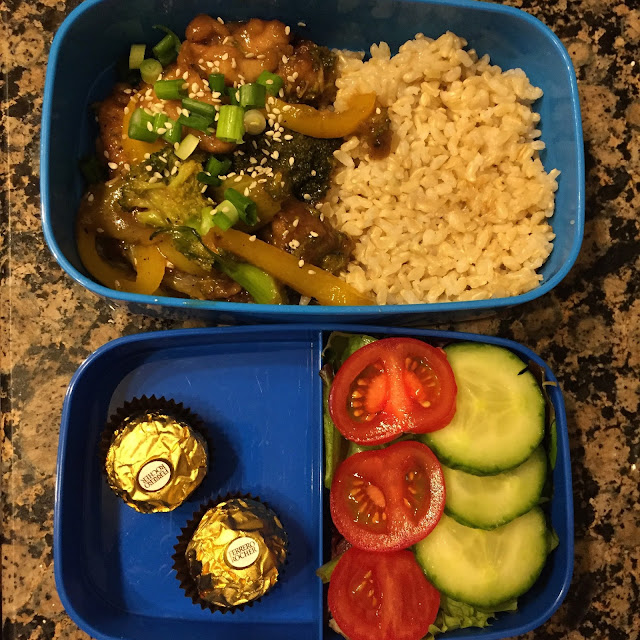 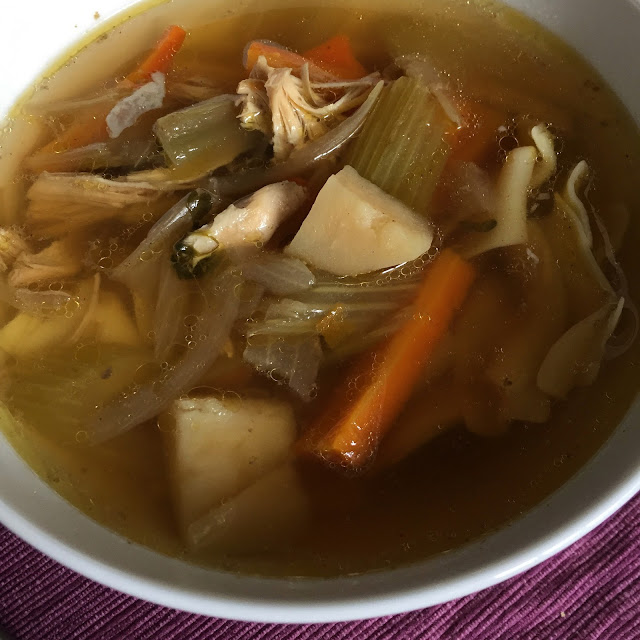 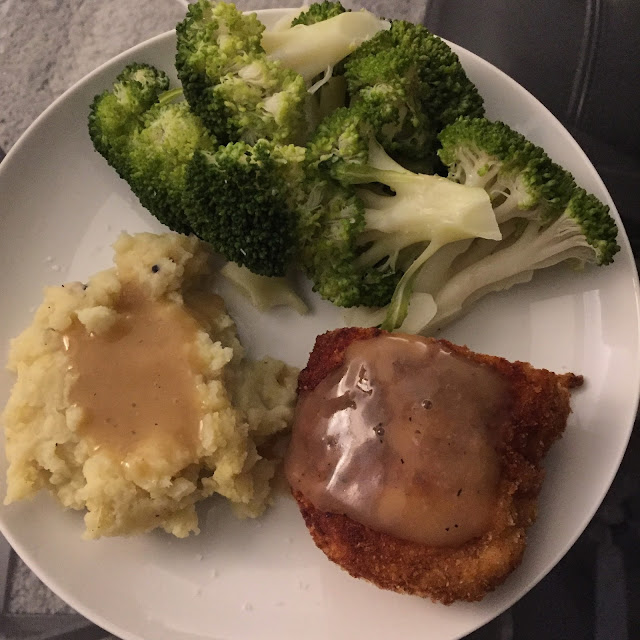 See? Not too bad. I do have a sweet tooth though. I'll have some chocolate during the afternoon around 3pm. 😁

Are you ready for some photos? They're not anything drastic. I personally did not have a huge transformation. But I do like how my back looks a lot better than it did when I first started BBG. I think that's my favorite change about my body. I started out weighing around 102 pounds. My current weight is 96.5 pounds.

This is my before and after: 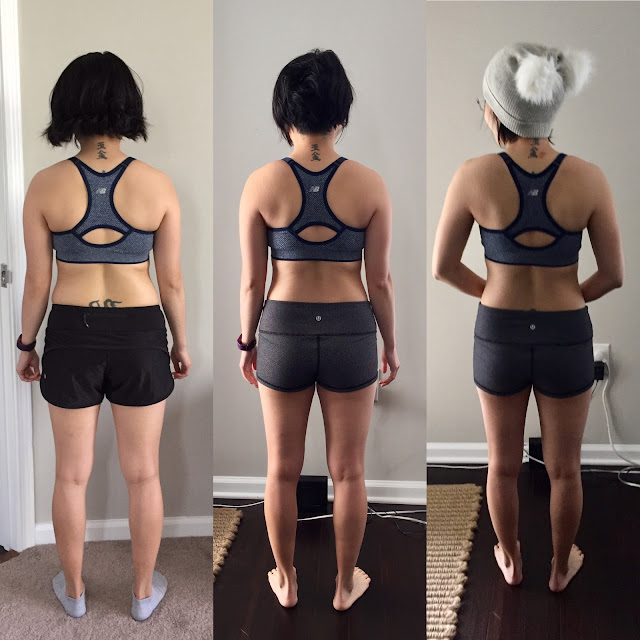 If I ate clean I'm sure the results would have been much better. But like my husband says, I would rather you eat what you want and look the way you do than eat like Zuzka Light and look like her. Zuzka Light hardly eats any carbs and does not eat any sugar at all. But she does look like this: 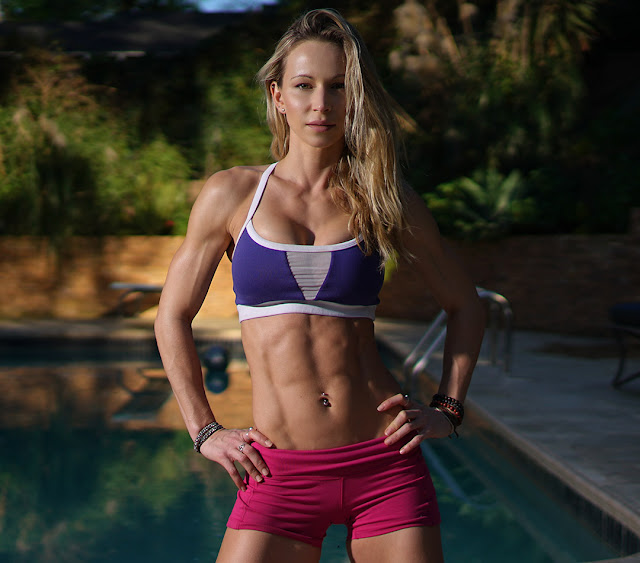 So, there you have it. I gained a little bit of ab definition, but my body apparently has the hardest time shedding fat from my stomach area and back. My lower body is decent. My upper body still needs a lot of work. Overall, I'm pretty happy with my results. I'm still not as lean as I was back in 2015, but at least my knees aren't in pain everyday. I would rather be able to exercise moderately than not at all.

Hope this helps for all of you who may be interested in BBG. Oh, I almost forgot to mention the cost of BBG. The Sweat with Kayla app is $54.99 for a three month subscription. You can also buy her e-book for $52.78 for the first 12 weeks.

That's it for me tonight. I need to go to bed. Hope you all have a great week!